There was a story to be told at the beginning. A story is almost perfectly romantic. There was a lady, a beautiful and rich woman. He, a mighty and glorious man, the second only to the king. And what’s left? Nothing. Or, maybe something? The story and the places where it all happened remained. The story of Muránská Venus and the hiking trail of Mária Szécha.

The red hiking trail - the trail of Mária Szécha follows the original inter-castle route road from 1644 between the castles Fiľakovo and Muráň. It was named after the second wife of the palatine František Wesselényi, Mária Szécha, known as the Venus of Muráň who was the second lady of Hungary as the palatine's wife after the queen for many years. The route starts at Muráň Castle, continues over the hill Tŕstie to Rimavská Sobota, then through Cerová Vrchovina mountain it comes to Fiľakovo. To places where it leads you can spot several sacral monuments, castles, and important archaeological sites. On one part of the route leading to the cadastre of Hnúšťa town, an educational trail was built in 2021. It focuses on interesting moments in history that took place there.

The Mária Szécha Road copies the original route, which in the past was a relatively busy artery, lined with farmsteads, serf settlements, and solitudes. Nowadays, roads lead through the valleys and the mountains cross as far as possible. In 1644, the road led right here, along the ridges of the mountains. Not knowing why. Probably the roads along the ridges of the hills were more gradual at that time - fords were often used for crossing the rivers, which were often impassable. The path along the ridges was also safer - the wanderer was provided with a good view of any impending danger. It was in the middle of the 17th century - a century that was full of wars and fighting. In addition to the constant attacks from the Ottoman Empire and the ongoing 30-year war, Hungary was swept away by state uprisings. The forests were roamed by the remains of the scattered armies, runaways, and gangs of robber knights. At first glance, this place may seem ordinary to you. But maybe this is where Mária Széchy stopped her horse almost 400 years ago. With her eyes, she measured both valleys of the Rimava and Blh rivers. When she was sure that there was no danger in sight, she continued her 83-kilometer route to Fiľakovo Castle to be with her lovely, Hungarian palatine. A story so powerful that not even over time did it disappear from people's awarness. The relentlessness of their love is still alive today. You can learn about their whole romantic story on information board number 4 in the saddle of Brezina.

At first glance, this place is nothing special. And yet, in addition to beautiful views to the east, south, and west, it offers a historical secret. From 1903, a freight cableway to transport magnesite led through this place. Groups of trees scattered in the meadow to the southeast still hide the foundations of the poles that led to the 5-kilometer distant Burda, where the magnesites were located. On an inconspicuous hill a few meters behind this sign, you will discover the ruins of a house that probably served to accommodate the caretaker of the cable car ramp. A brave explorer will also discover a vaulted cellar in the field and several remains of the foundations of the top station of the cable car. If you go out on the meadow in the northwest, you will see a factory below you, to which the cable car continues to descend steeply.

The first discovery of magnesite in Slovakia

In 1871, the construction of the Jesenské - Tisovec railway line began, during which workers from the Budapest construction company Salamon von Freund spot an unknown mineral during earthworks, which they later identified as raw magnesite. This was the first discovery of magnesite in the territory of those day's Slovakia. This accidental discovery intensified exploratory work in a wider area, which resulted in the discovery of other deposits. Accompanying minerals talc and dolomite were also discovered in  Mútnik and Hačava regions. It was talc that began to be mined around 1880. The first miner was a businessman named Karol Demuth, who ground the extracted talc in a grain mill in Rimavský Brezov. In 1891, after the discovery of other deposits in Ratková, Ploské, and Jelšava, it was Mark Reinhard who took the local magnesite for experimental firing to the Diósgyőr Ironworks. The experiment succeeded, and in 1893 Reinhard signed a contract with the town of Ratková, near which large deposits were found, to allow the mining of magnesite. However, the disadvantage of the deposits in the Ratková area was the great distance from the railway line. For this reason, they decided to process the magnesite in the vicinity of Hnúšťa, and so in 1900, the Brussels company “Sociéte Anonyme pour l Industrie de la Magnesite” began to build the most modern magnesite factory in Austria-Hungary at the time.

After a trial operation in the years 1902 - 1903, regular production began. In the first stage of construction, four shaft furnaces with an annual capacity of 10,000 tons of calcined magnesite, a thermal power plant with an output of 180 horses, auxiliary and residential buildings were built. The treatment of the smelted magnesite was done manually on the acceptance tables. According to the plans of the factory manager František Nagelschmitz, the manufactory was expanded by additional shaft furnaces in 1905, and in 1909 the world's first rotary kiln for burning magnesite was built here, supplied by the Danish company Smith and with a capacity of 20,000 tons per year. The technical advantage of the rotary kiln over the then generally used shaft kilns was its high productivity and especially the relief of the operating staff from the hard manual work of "pulling of material". The factory was divided into two parts, further north in today's Hačava Skálie was the so-called Upper magnesite (Felsőmagnezitgyár) and in the south, in a part of Mútnik was the so-called Lower magnesite (Alsőmagnezitgyár).

History of the cable way

In the first decade of the 20th century, the most significant position amongst all the Magnesite companies was secured by a company called Budapest (Miag). In the first years of its existence, the newly established company built two factories in Hačava and Jelšava. The raw material was imported from the mines of Burda and Sušanský Vrch via horse-drawn carriages, at first. Due to a long distance and difficult terrain conditions, the haulers transporting the raw material could only make one back and forth trip a day. In 1902, the management of MIAG decided to build a cable car. The Rimamuran-Salgotarian company had a good experience with such transport and were already transporting iron ore from Sirk to Likier the same way. The cable way from the magnesite deposits of Burda to the Hačava magnesite was built by the Kassel company “Kaiser'' with 70 wooden support poles, called the "Pyramids". It was put into operation in 1903, reached a length of 6,630 m and its hourly performance capability was 20-25 tons. The cableway had its beginning in the Hačava magnesite and led east to the village of Polom. An angular and actuating station was built north of the village. Furthermore, the cable car route led across the Čierťaž Vrch above the village of Ratkovská Zdychava to the Burda mine complex. The peculiarity was that between the Ratkovská Zdychava and the Burda mine crossed the already mentioned older cable car Sirk - Likier, which you will learn about at another point of this educational pathway. In the fifties of the 20th century, the factory in Hačava was expanded and modernized, and in 1956 the Hačava - Burda cableway was rebuilt and they replaced the wooden pillars with iron ones. The newly introduced underground mining of magnesite in Burda was terminated in 1965, and it was exactly then when the operation regarding the cableway was terminated and marked as redundant. Unfortunately, the structures of the cable car masts were not preserved, the iron parts were sawed off and taken away for further use of the iron. Only the concrete foundations remained scattered in regular intervals along the entire route of the almost 7-kilometer cable car.

Developments after the First World War

During the First World War, there was a certain decline in production, which was caused by labor shortages and stagnation in other industries. The shortage of workers was replaced by prisoners of war, probably Russians. The establishment of the Czechoslovak Republic and the military actions of the Hungarian troops influenced the situation in the factory. Production in 1918 reached only 12,927 tons, but the largest decline occurred in 1919, when only 4,390 tons of calcined magnesite were produced. From the few investments that were put into the operation after World War I, one that deserves a mention is the electric dedusting device. The air pollution and the dusting of the vicinity were so great that in 1925 the company was forced to spend almost 1 million Czechoslovak crowns for dedusting operation. After the dissolution of the Czechoslovak Republic during World War II, production increased because the war required more magnesite for the needs of the armaments industry, but in 1945 it fell again, due to direct military action. The mining of talc near Nižná magnesite factory began again around 1921. The research work was started by the businessman Vojtech Rástocký from Hnúšťa, but in the years 1935 - 1936 the mines were already owned by joint-stock companies. The Sinec deposit, which lies between the Samo and Kokava deposits, was mined until 1937, and talc began to be mined at the Mútnik deposit only in 1933. The owner of the deposit at that time was the company Západočeská magnezitka, Lovinobaňa factory. From 1937 to 1946, the owner was a joint-stock company called “Rimadolinskýtalkumový priemysel”. The equipment for grinding talc was at the current railway station in Hnúšťa.

In August 1946, at a merger meeting in Jelšava in the presence of representatives of all Slovak magnesite factories, a new company was formed, “Slovenské magnezitové závody” based in Bratislava, which also included the Horná Magnesite Factory. In 1948, the rotary kiln burned 25,418 tons, a record in the factory’s history. In 1958, the company Slovenské magezitové závody in Košice was established, which included all magnesite factories in Slovakia and thus also the factory in Hačava. In connection with the termination of mining in the Burda mine, it was decided with a gradual abatement program of rotary kilns, as attention was focused specifically on investment construction and efforts to complete the construction of a new factory - the production of iron-free clinkers Hačava. The order for the definitive cessation of production in rotary kilns and their physical disposal was issued in 1989. Since 2001, the "Horná Magnesite" has been owned by the German company Intocast Ratingen through its subsidiary Intocast, as, which manufactures and sells refractory materials for metallurgical, ceramic and chemical industries, construction and agriculture. After 1945, Vojtech Rástocký was appointed the national administrator of the deposit in Nižná magnezitka. Under his administration, mining developed until March 1948, when the area of the Commission of Industry and Trade imposed on the deposit and a national administration. Rudné mines and smelters for non-ferrous metals became the administrator. This act nationalized the entire talc industry and the Slovtalk company, later Rudné bane Talcum Hnúšťa operated on the deposit, which belonged to the state enterprise Rudné bane based in Banská Bystrica. After 1990, the joint-stock company Talcum-Magnezit Hnúšťa operated on the deposit, and since 1999 the Gemerská nerudná spoločnosť, a. s., with its registered office in Hnúšťa. In the present, talc, magnesite and other non-metallic raw materials are still mined, used mainly as fillers in the production of paints and plastics. They are also used in the production of cleaning agents, magnesite clinkers, in foundries and in construction. Part of the export is also used in the pharmaceutical industry. 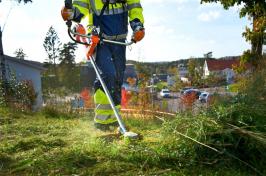 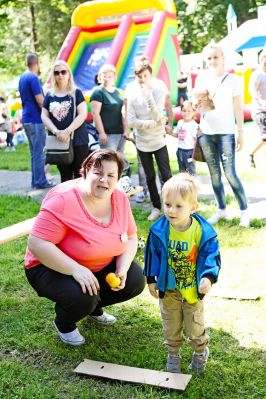 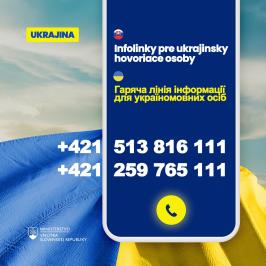 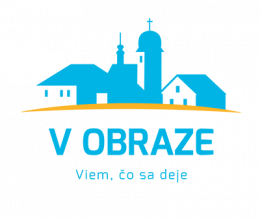 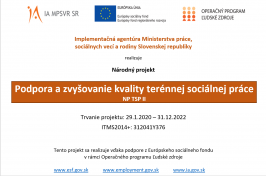 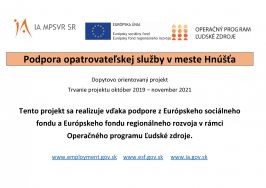 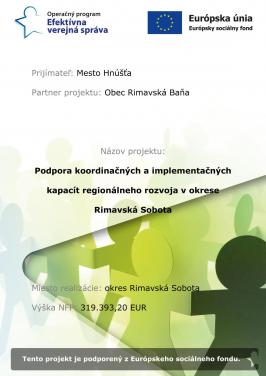 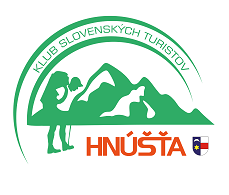